Siena Inns » Things to do in and around Siena » Public Holidays » December 31st and January 1st: New Year’s eve and New Year in Tuscany in Siena 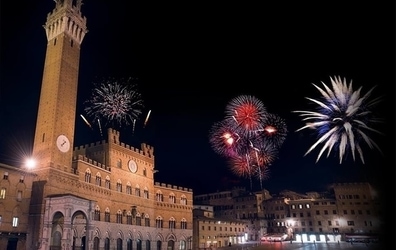 For the holidays of the New Year in Tuscany choose to spend a memorable New Year’s Eve in Siena! For the celebrations of Saint Sylvester, the City of the Palio hosts various types of events in the historic city center and comes alive with the various appointments of the Christmas program.

On the evening of December 31st the beautiful city of Siena comes alive with the New Year’s Eve party in Piazza del Campo; to await the arrival of the new year, the famous square where the Palio is run becomes a venue for concerts, DJ sets and various initiatives. To give some examples, in recent years initiatives such as the Silent Disco, various shows and singing performances of famous Italian artists (Bandabardò, Alex Britti) have been organized, as well as various initiatives related to the event.

Other festivals are also held in other squares, in other sites and in some venues in the historic center. Also these events, however, usually consist of concerts, theme parties, DJ sets and dinners.

During the days before and after December 31st, to spend pleasant moments of free time, it is recommended to experienxe skating at the ice rink of the Giardini della Lizza, visit the stalls of the markets set up in the historic center or take the opportunity to visit the exhibitions which every year are set up in this period in the premises of the Museum Complex of Santa Maria della Scala.

In this regard, those interested in visiting the main museum complexes in the city must know that on the day of New Year’s Eve the museums of Siena will be open with their usual morning and afternoon hours, while on January 1st they can be visited at these times:

The National Art Gallery, on the other hand, remains closed on the first day of the year.

When we talk about the New Year in Siena we must always be careful not to misunderstand the 1st of January with the anniversary of March 25th, when the city of the Palio celebrates a traditional anniversary organized by the Magistrate of the Contradas.

Discover some of Siena Inns’ proposals! 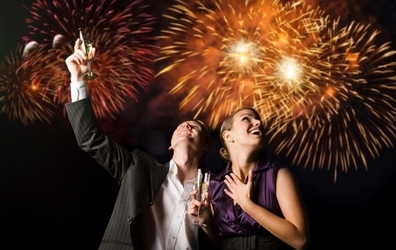 Also the festivals in the province of Siena are mainly represented by balls in the squares, musical events and shows.

Recurring events are often organized in Piazza del Popolo in Montalcino, in Piazza Grande in Montepulciano, in Piazza Duomo in San Gimignano, in Piazza Pio II in Pienza, as well as in the pleasant towns of Bettolle, Monticiano and Asciano.

Other celebrations are then organized in city theaters, historic castles and in thermal complexes, while the celebrations of January 1st usually consist of sporting events and concerts of village philharmonics orchestras.

Those who have the desire to spend a lovely time in contact with nature can choose the characteristic itineraries of the Monte Amiata, the splendid landscapes of Val d’Orcia, the unique expanses of the Crete Senesi or the pleasant contexts of the Val di Merse.

Regarding the New Year’s Eve menus in Siena and surroundings, among the dishes featured in the dinners of New Year’s Eve there are typical specialties such as pici all’Aglione, pici with Tuscan sauce, the Chianina steak, the Cinta Senese cured meats, as well as the typical traditional Christmas sweets such as Ricciarelli, Panforte and Cavallucci.

At midnight you can toast with sparkling wine, but at dinner you can’t miss the wines of the Chianti, Montepulciano and Montalcino. 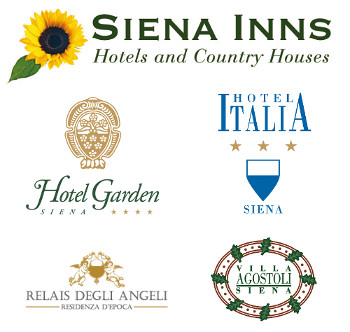 Book a Siena Inns structure for a happy New Year’s Eve in Tuscany!

Treat yourself and give your loved ones the chance to spend a beautiful New Year’s Eve in Tuscany. Discover the exclusive benefits reserved for a stay in a Siena Inns structure.

If you want to stay near the historic center of the city, then choose the Hotel Italia. By booking accommodation in this 3-star hotel you will be able to reach Piazza del Campo on foot and in a few minutes and other important sites of this magnificent Tuscan city.

To spend a romantic New Year’s Eve in Siena, choose the charming suites of the Relais degli Angeli. By setting up an accommodation in this structure, you will be assured of sharing magical moments of harmony and complicity with your loved one. To start the New Year in a passionate way, don’t miss this opportunity! Among other things, this property is also located a few minutes walk from the historic center.

Finally, for a New Year’s Eve in Siena in contact with nature you can rent an accommodation or an apartment in the Agriturismo Villa Agostoli. Each accommodation in this farmhouse consists of a fully equipped kitchen, large living room, bedrooms, services and everything needed for a comfortable overnight stay.

Check the best rates for the New Year!