The green and peaceful Val di Merse is one of the areas of the wonderful province of Siena. This territory is well known by lovers of trekking, walks, naturalistic excursions, cycling and is certainly an ideal destination for those who want to spend days or weekends of psychophysical relaxation. The main towns of this area are near Siena Chiusdino, Sovicille, Murlo, Monticiano, Radicondoli, while the main attractions are the evocative Abbey of San Galgano, the mysterious < strong>Ponte della Pia and the area of the Terme di Petriolo. In Val di Merse there is also the historic Mulino Bianco of the famous advertisement, which today has been converted into a tourist facility. 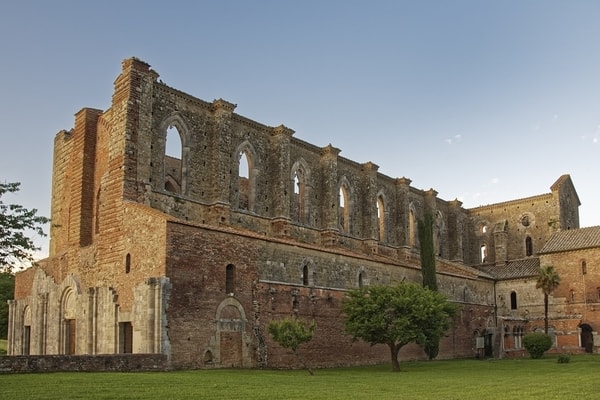 Union of Municipalities and tourist sites in the Val di Merse

Like any other area of the province of Siena, even the pleasant Val di Merse is an authentic trove of beautiful landscapes, artistic treasures and architectural gems.

Visiting this beautiful area near Siena it is possible to admire poetic landscapes, stroll through typical villages, access thermal sites and touch the ancient walls of historic buildings.

To find out what this beautiful area located a few kilometers from Siena has to offer, let’s discover the pretty towns that form the Union of the Municipalities of the Val di Merse.

The town of Chiusdino is famous above all for being the municipality that contains the Abbey of San Galgano and the Hermitage of Montesiepi with the sword in the stone.

Also worth visiting, the Canaloni of the Farma river and some local military constructions such as the Castello di Frosini and the ruins of the Miranduolo Castle.

A place rich in churches, castles, ancient mills and noble buildings, Sovicille has the distinction of bordering with all the other centers that are part of the Union of the Municipalities of the Val di Merse.

Furthermore, Sovicille is located just over 10 kilometers from Siena, not far from Monteriggioni and Casole d’Elsa and includes the populous towns of Rosia and San Rocco a Pilli.

In addition to the infinity of religious buildings, villas, palaces and hermitages, in Sovicille there are also the mysterious Ponte della Pia and the cloister of the Abbey of Santa Mustiola a Torri.

Included in the list of Orange Flags of the Italian Touring Club, the town of Murlo is, above all, renowned for being a favorable place for seekers of the white truffle and for the Bluetrusco event, one of the rare Italian events dedicated to Etruscans.

Geographically, the town of Murlo is located a short distance from Buonconvento and from the Crete Senesi. Its most famous hamlets are Bagnaia and Vescovado.

Like Sovicille, the town of Monticiano also includes precious buildings. In particular, in the municipal fabric of this town there are many pretty little churches.

Furthermore, in the Montigiano territory there are two very important natural sites such as the Tocchi Nature Reserve and the Petriolo thermal baths.

Radicondoli boasts over a thousand inhabitants and borders on the Val d’Elsa being adjacent to Casole d’Elsa.

The main geographical feature of Radicondoli, however, is that this municipality in the province of Siena also borders towns in the provinces of Pisa and Grosseto such as Pomarance, Castelnuovo Val di Cecina and Montieri. 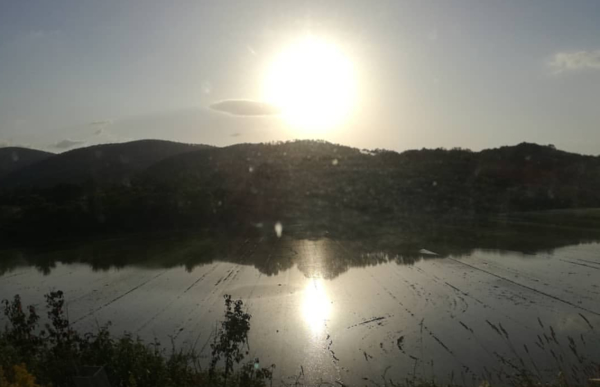 The Thermal Baths of Petriolo

We are talking about “complex” because this area features a large thermal area with free access, but also an equipped resort with pools, wellness center and various services.

In particular, an immersion in the thermal waters of Petriolo gives a feeling of general relaxation and can be useful for the treatment of various pathologies.

The hyperthermal waters of this place, in fact, are particularly suitable for those with rheumatic problems, respiratory diseases and dermatological diseases. 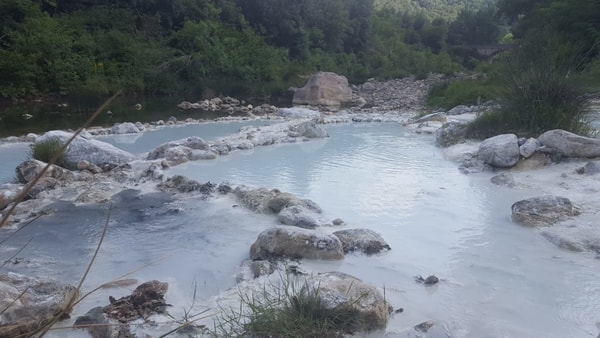 Among the most visited tourist sites in the Val di Merse there is certainly the Ponte della Pia.

According to the story handed down for many years, every night of the full moon the ghost of the Countess Pia de’ Tolomei appears on the bridge, according to the legend she was killed by her husband.

The story of Pia de’ Tolomei is also mentioned by Dante in the “Divine Comedy” and inspired the song “Pia come la canto io” of the singer Gianna Nannini. 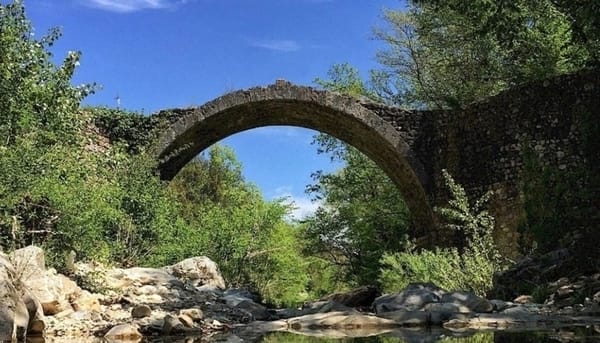