The beautiful Val d’Arbia is an area of the province of Siena between the Chianti, the Crete Senesi and the City of the Palio. This territory stands out for the production of excellent white wines, for the presence of characteristic villages and for a nature that any impressionist painter would enjoy. During the centuries, this area near Siena developed anthropically around the Arbia torrent and today boasts renowned towns such as Buonconvento, Monteroni d’Arbia and Lucignano d ‘Arbia. The distinctive traits of this area are also the grance, imposing warehouses of wheat and foodstuffs such as the Grancia di Cuna built in 1200 by the Hospital of Santa Maria della Scala. 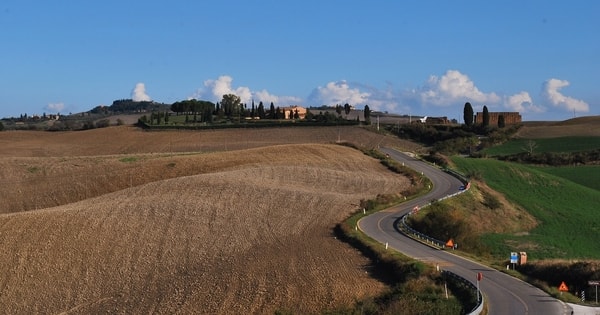 The main towns of the Val d’Arbia

How to get to Val d’Arbia?

Proceeding from Valdarno we arrive at Colonna del Grillo and there we have three possibilities: turn left towards Rapolano Terme, Sinalunga, Asciano and then the Crete Senesi, turn right and then proceed to Castelnuovo Berardenga and the Chianti region, or go straight towards Val d’Arbia and Siena.

Going from Siena to Arezzo, instead, the Val d’Arbia is the territory that is encountered immediately after leaving the immediate surroundings of the Città del Palio . Once you arrive in this charming land of the province of Siena you can discover the following places.

Buonconvento. Also included in the territory of the Crete Senesi, the beautiful Buonconvento represents the most important town in the Val d’Arbia. Direct evidence of this is represented by the fact that the annual event that goes by the name of Sagra della Val d’Arbia takes place in Buonconvento and here is also the Museum of Sacred Art of Val d’Arbia. The etymology derives from the Latin bonus conventus and assumes the connotation of happy community.

Monteroni d’Arbia. Located just 13 km. from Siena, the lovely Monteroni is a place to visit with tranquility in order to fully appreciate its medieval architectural structure. In this case, the etymology traces the name of the center to a nearby hill called Monte Roni. This town in the province of Siena is home to numerous religious buildings and excellent civil buildings.

Ponte d’Arbia. This town is a fraction of the aforementioned centers of Buonconvento and Monteroni d’Arbia. Surrounded by green, this destination is located along the route of the ancient Via Francigena. In detail, in the itinerary of Sigerico, with the simple name of Arbia, the location in question represented the 14th stage.

Lucignano d’Arbia. The pleasant site of Lucignano is another fraction of Monteroni d’Arbia and is a village much appreciated by lovers of medieval atmospheres. This beautiful place, in fact, preserves a good part of the original city walls with two doors surmounted by towers. The Pieve di San Giovanni Battista is certainly worth a visit.

In addition to the centers just listed, it is also worth visiting the villages of Radi and Quinciano, in the municipality of Monteroni d’Arbia. 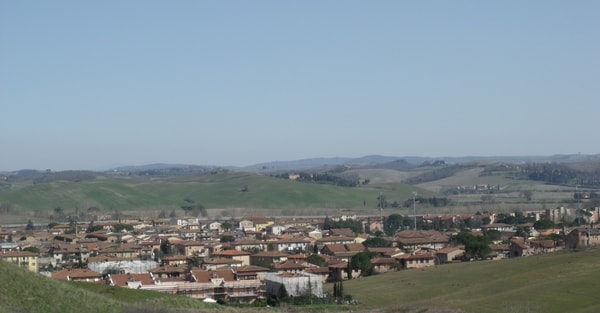 What to see: examples of art and architecture in Val d’Arbia

What to see in Val d’Arbia? One of the sites worthy of greater consideration is the beautiful monastic complex of Monte Oliveto Maggiore. Immersed in a generous and luxuriant nature, this destination represents an oasis for the spirit and stands out for its beautiful and impressive architecture.

In the municipality of Monteroni d’Arbia, another almost mandatory destination is the already mentioned Grancia di Cuna; well known to the Franciscan pilgrims for the availability of water, this site was also used by pilgrims as shelter from attacks by brigands during the Middle Ages. In recent years, visits to the complex have been penalized by the fact that the building is being renovated.

Just a few minutes from Monteroni, another building of great value is the Pieve di San Giovanni Battista in Corsano, a Romanesque-style church set in a landscape of rare beauty. This is certainly one of the most interesting Romanesque parishes in the province of Siena.

In addition to the Grancia di Cuna, other sites of the Val d’Arbia subject to protection are the towns of Lucignano d’Arbia and the historic center of Buonconvento enclosed within a circle of fourteenth-century walls with a quadrangular layout. 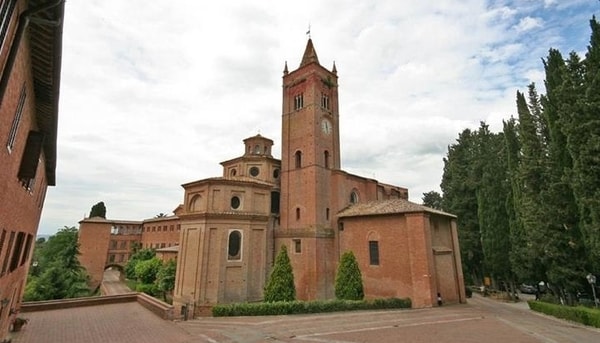 The wines of Val d’Arbia

Territories of the province of Siena such as the Chianti, Montalcino and Montepulciano are famous for the production of extraordinary red wines, while in Val d’Arbia excellent white wines are born. This is due to the characteristics of the vines with Chardonnay grapes, Tuscan Trebbiano and white Malvasia.

The wines of the Val d’Arbia are ideal for dishes based on white meat, fish or in any case dishes with a not too decided taste. These nectars are produced in the municipality of Siena, but also in the Siena’s Chianti areas such as Radda in Chianti, Castellina in Chianti, Gaiole in Chianti, nearby Castelnuovo Berardenga, in sites of the Val di Merse such as Murlo and Sovicille and in the towns of Buonconvento and Monteroni d’Arbia.

The Val d’Arbia DOC is a white wine, light, with an alcohol content of around 10.5 which derives mainly from Trebbiano Toscano and Malvasia del Chianti grapes, in minor proportion from Chardonnay grapes and sometimes from white grapes.

It is visually distinguished by a slightly accentuated straw yellow color, with greenish reflections, a fine, fruity aroma and a dry and harmonious flavor. The low alcohol content makes it ideal also as an aperitif and on the table goes very well with white meat dishes, fish, vegetable soups and light dishes.

The Val d’Arbia DOC Vin Santo is made from the same white grapes, left to dry naturally in ventilated rooms until the desired sugar degree is reached and then vinified. After this process, the Vin Santo Val d’Arbia DOC is aged in oak barrels for at least three years.

On the table, the Vin Santo DOC from Val d’Arbia goes very well with dishes such as seasoned cheeses to be consumed with honey, jams, mustards, various types of paté, not excessively sweet desserts, biscuits and dry pastries.