The famous Torre del Mangia in Siena is located in Piazza del Campo and represents the civic tower of the adjacent Palazzo Comunale. According to what Ranuccio Bianchi Bandinelli claims, the building has the same height as the bell tower of the Duomo di Siena and this equal height would symbolize the perfect balance between heavenly and earthly power. As for the origin of the name, the tower would be called in this way because of one of its first bell ringers, Giovanni di Balduccio. The guy in question used to waste everything he earned and this inclination earned him the nickname of “Mangiaguadagni”, then shortened to “Mangia”. 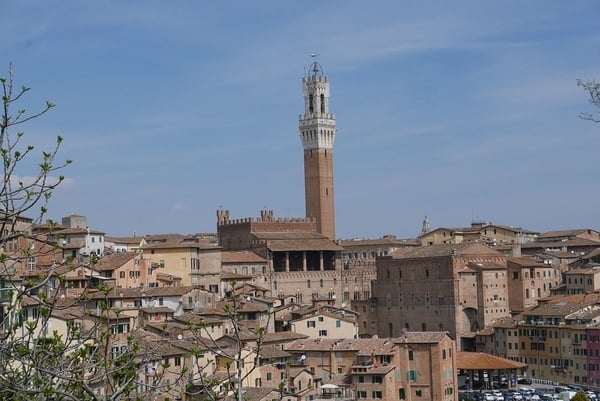 History, height and steps of the Torre del Mangia

The construction of the tower took place between 1338 and 1348 according to the instructions given by the architects Agostino di Giovanni , Minuccio and Francesco di Rinaldo and the artist Lippo Memmi.

In 1666 a majestic bell that the people of Siena called the “Campanone” was placed at the top. The bell is also called “Sunto” as it is dedicated to the figure of the Madonna dell’Assunta, to which also the Palio of August 16th is dedicated.

In 1798 the city of Siena was struck by a devastating earthquake, but the Torre del Mangia was completely unharmed by the disastrous telluric event. On some occasions, from the mid-1990s onwards, the building was chosen as the launch base (obviously unauthorized) by some amateur skydivers, punctually stopped and reported.

With 88 meters of height measured at the level of the last battlements, the Torre del Mangia is the fourth Italian tower in terms of height. In this special classification, it is preceded by the Torrazzo of Cremona, 112 meters high, from the Torre degli Asinelli, which stands out for 97.2 meters, and from the Arnolfo Tower of Florence that reaches 94 meters.

Considering the entrance of the Magazzini del Sale, the steps of the Torre del Mangia are over 400, even if the the Tourist Board establishes that the entire building has more than 500 steps.

To visit the Torre del Mangia it is necessary to know the opening times established for the winter and summer period.

The winter opening time runs from October 16th to February 28th and establishes that the tower is open, both weekdays and holidays, from 10 to 16. However, the ticket office closes at 3.15pm.

The summer opening hours, instead, runs from March 1st to October 15th and provides for the building to be visited from 10 am at 7pm. In this case the ticket office closes at 18:15.

On the day of Christmas the Torre del Mangia remains closed, while for New Year’s Eve entry is possible from 12 to 16 with ticket office closing at 3.15pm. 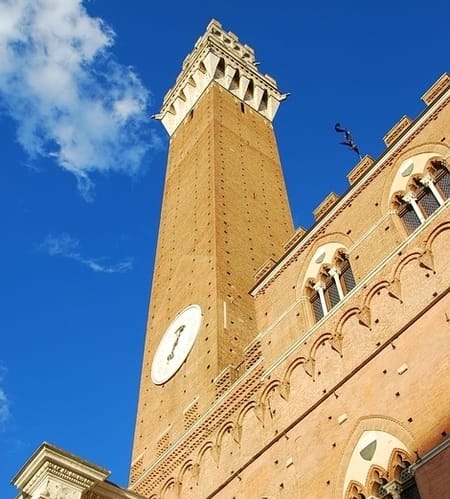 Tickets for which we are going to present the cost cannot be booked but must be purchased directly at the ticket office.