The Piccolomini Library in Siena is an artistic and bibliographic destination located in the complex of the Duomo. The artistic connotation is given by the magnificent frescoes by Pinturicchio, while the bibliographic aspect concerns texts, volumes and other works from the book collection of Pope Pius II. To visit it, you must purchase the Opa Si Pass ticket which allows you to access every museum, panoramic and architectural area of the Cathedral. In some periods of the year, however, it can also be visited by purchasing a single ticket.

The history of the Piccolomini Library

The spectacular Piccolomini Library was built from 1492 to 1502 at the behest of the Cardinal Francesco Todeschini Piccolomini. With the construction of this library the future Pius III wanted to pay homage to the figure of his uncle, Enea Silvio Piccolomini, who became Pope with the name of Pius II.

For the realization of this book collection, Todeschini, then archbishop of Siena, was inspired by the transalpine tradition in which many libraries were annexed to places of worship. Concerning architecture and aesthetics, the cardinal tried to create a structure that could act as a reading site, but which could also represent a sort of art gallery of those times.

For this reason, the Pinturicchio workshop, in which a young Raffaello Sanzio also worked, was commissioned to embellish it with bright and colorful frescoes. The images were made in 5 years, between 1503 and 1508, and represent the life, works and actions of the pontificate of Pius II. 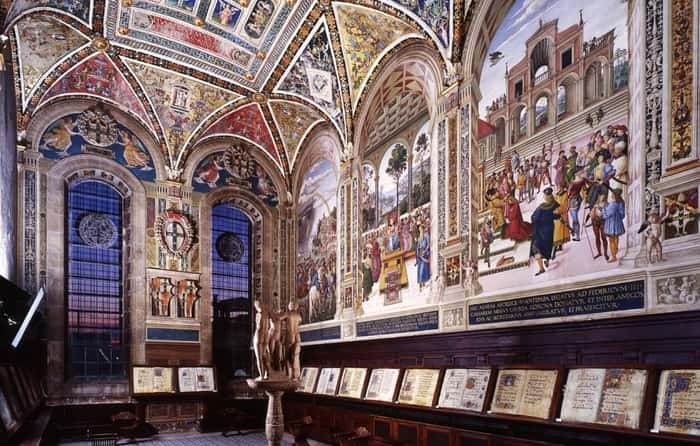 La Volta a Grottesche and the other frescoes

Among the frescoes of the Piccolomini Library, the wonderful vault decorated with grotesques reveals a series of characters, scenes from pastoral life, mythological stories and bears the emblem of Cardinal Tedeschini Piccolomini in the center.

Three walls of the library (one side is occupied by windows) show the Stories of the life of Enea Silvio Piccolomini, known by history with the name Pius II. The style is the iconographic one of the painted Biography, in which scenes focusing on the facts and vicissitudes of a single character are frescoed.

The clear intention is to represent and describe the life of this character with a series of events in historical succession. The images in the library therefore represent the entire existence of Pius II from his youth until his death. 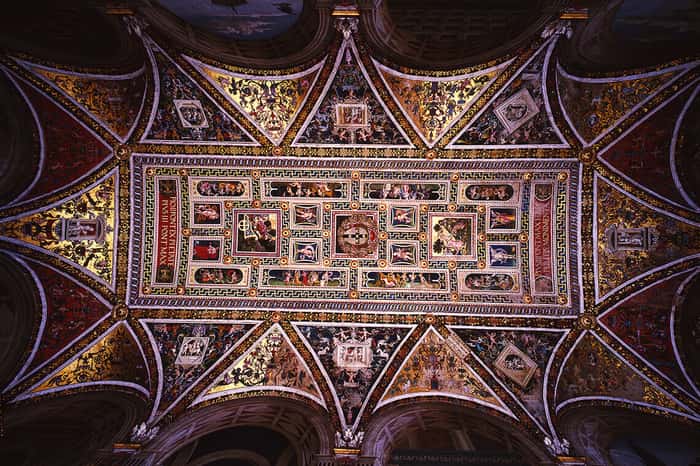 In a lower position than the frescoes, in the shelves leaning against the walls, there are beautiful illustrated manuscripts which go by the name of Gradualie Antifonari.

It is an important collection because it represents very well the quality of the Italian miniatures of the fifteenth century. The most valuable pages are those decorated by Girolamo da Cremona and Liberale da Verona, famous artists called from Lombardy and Veneto to carry out these works.

To access the Piccolomini Library there are 3 different time slots for the winter months, for the summer and for the Christmas period.

The ticket office to buy the ticket opens every day at 09:45. The last entry is possible half an hour before closing. 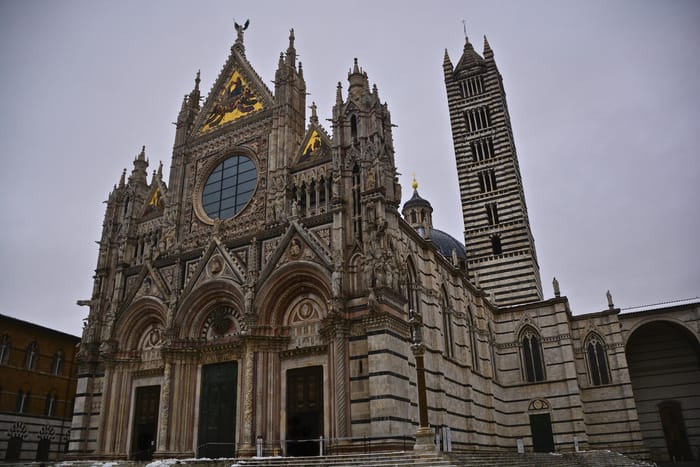 To enter the Piccolomini Library it is possible to purchase the Opa Si Pass ticket which allows access to all the museum sites of the monumental complex of the Cathedral of Siena.

The Opa Si Pass tour can be done in a couple of hours and is valid for three consecutive days from the time of purchase.

In the periods from January 7 to February 28 and from November 1 to December 24, in addition, the single ticket to enter the Piccolomini Library has a cost of 2 Euros.