The National Art Gallery of Siena is located in Palazzo Buonsignori and represents the most important state museum of the City of the Palio. Equipped with great artistic works, the art gallery mainly includes examples and works of Siena’s painting from the 13th to the 18th century. The visit to this museum complex in Siena begins from the second floor where the works realized from the 13th to the 15th century are located and continues towards the lower floors with the paintings and the most recent works. The renowned Spannocchi collection is located on the top floor.

The main works of the National Gallery of Siena

The National Picture Gallery of Siena at Palazzo Buonsignori is home to a large collection of works by Siena’s painters. This exhibition space was inaugurated in the early 30s of the last century and also includes the paintings that were previously kept at the Academy of Fine Arts.

The most represented artists in this museum complex are Domenico Beccafumi and Dietisalvi di Speme. By Beccafumi, lived between the end of the fifteenth century and the middle of the sixteenth century, there are works such as the “Trittico della Trinità”, “Santa Caterina da Siena” and “Madonna Bellanti”, all made between 1513 and 1515. Of the following years, including between 1525 and 1543, the works “San Michele scaccia gli angeli ribelli”, “Discesa di Cristo al Limbo”, “Incoronazione della Vergine” e “Natività della Vergine” are present.

By Dietisalvi di Speme, operating in the city in the second half of the 1200s, we can find the “Madonna di San Bernardino” (1262), the “Madonna Galli-Dunn” (about 1265) and 5 panels of the”Dossale di Badia Ardenga” made with Guido Da Siena. The panels in question are Strage degli innocenti, Bacio di Giuda, Crocifissione, Deposizione della croce and Compianto. A beautiful work by Dietisalvi di Speme is also the “La Madonna del Voto”, a painting in tempera and gold preserved in the Cathedral of Siena.

Of the aforementioned Guido Da Siena, instead, we can find the “Dossale numero 7” and the “Trasfigurazione, entrata di Cristo a Gerusalemme e resurrezione di Lazzaro”. The Gallery also features two works by Simone Martini such as the “Madonna col Bambino n. 583” and the “Pala del Beato Agostino Novello”.

Among the most important works of the Gallery of Siena, there are the “Polittico n. 28” by Duccio di Boninsegna, the “Madonna dell’Umiltà” by Giovanni di Paolo, the “Annunciazione” by Ambrogio Lorenzetti, the “Pala del Carmine” by Pietro Lorenzetti and the Spannocchi-Piccolomini collection on the third floor. 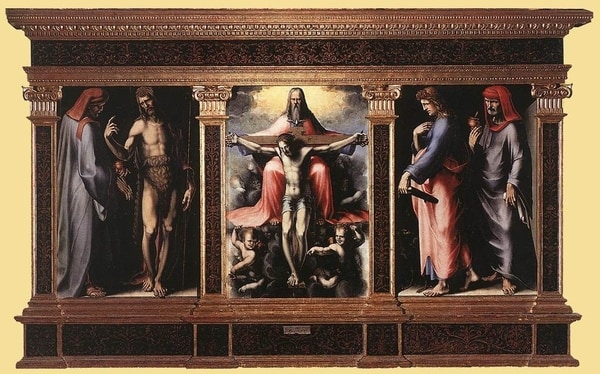 The National Gallery in the historic center of Siena is closed only in December 25th, Christmas Day, and January 1st, New Year’s Day. On the remaining days of the year the museum complex can be visited at the following times:

This, insteaad, is the ticket price:

Full:8 Euros
Reduced: 2 Euros
Free admission on the first Sunday of the month on the occasion of the event #Domenicalmuseo

The local ticket office remains open until 30 minutes before closing. Reductions and free access methods are provided according to the legal regulations for state museums. 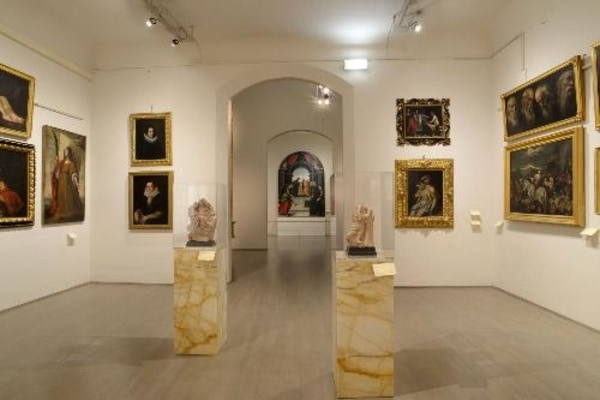